This summer has been hot, hot, HOT! And that means I have not done much training, but have been taking the dogs swimming at the lake more than ever. They are happy no matter what we do, but a bit more training would have made the summer more productive!

It’s August already and June seems like a very long time ago, when we competed at the USDAA Northeast Regional in Bethlehem, PA. The first day was so hot & humid that I was not my best at all. But the next two days were a bit better and we had some decent runs. Dandy placed 7th in Team Gamblers and 5th in Round 1 of Steeplechase, in some very fierce competition. He had a bye to go into Round 2 of the Grand Prix, so he was in the Finals for both Steeplechase and Grand Prix. Unfortunately, an uncharacteristic missed weave entry in both classes blew our chances of any placements or byes for Nationals. But aside from the weave entries, our runs were super!

The following weekend, we spent 3 days at The Blackthorne in the Catskills in NY for another big USDAA trial. Dandy was on a team with two other Border Collies, and his team won the Team Relay and qualified placing 5th overall. Individually, Dandy placed 5th in Team Standard. He also qualified in Steeplechase placing 2nd in Round 1. The weave poles bit us again to cause an E in Round 2, as he went wide on a turn and passed through the weaves for an off-course. He did well in Masters titling classes, qualifying in Gamblers, Pairs, Standard (2nd place), Snooker (3rd place & Super Q), and Jumpers (3rd place). I ran Tempo in Starters Standard, and he earned his 2nd leg with a First Place.

In July, we attended one day of an indoor USDAA trial at a soccer/sports facility in Rahway, NJ. It was unbearably hot inside. One ring had good footing but the other ring was slippery for dogs, and many, including mine, were unable to get any traction. I was glad I only entered one day. Dandy qualified in Masters Snooker to finish his Snooker Champion title. And he also won Steeplechase (26”) despite the slipping in that ring. Tempo did not manage the footing well in his one run, and he also crashed the tire, but thankfully it was a breakaway tire so he did not get injured.

July 23-25 was spent at KineticDog camp in Barto, PA. The instructors were awesome as usual, but the weather was again far too hot….and then we got hit with pouring rain & lightning on the last day. The camp was Masters level, so I only worked Dandy. I did get Tempo out each day at lunch break to work for a few minutes. I have things to work on from our camp experience, but the weather has not been very helpful in getting me motivated.

We closed out July with another indoor USDAA trial in Hatfield, PA, and thankfully this facility had A/C. Not super cool but it was heavenly compared to the 90+ degrees outside. Another Team event for Dandy, and another Team Q and another Silver Medal!!! After my E in Team Standard, Dandy made up for that by earning a 2nd place in Team Jumpers, and 3rd place in Team Gamblers & Snooker. This team Q earned Dandy his Tournament Master-Silver title! Dandy also qualified in Masters Standard with a 4th place, finishing his SACH-Bronze title. Tempo had a good weekend, qualifying in Starters Standard with a First Place, finishing his Starters Standard Agility (SSA) title. He and his littermate Quid qualified in Starters Pairs with a 2nd place, which finished Quid’s Agility Dog (AD) title! I also had Tempo in Starters Snooker which was all jumps which did not give me hope…but Tempo didn’t knock any bars and was doing wonderful…until I missed a jump in the closing. Great dog, bad handler! So we did not qualify but Tempo was super!

Besides the dog stuff, I went to quite a few Little League games to watch my nephew Aaron play on the Wallenpaupack All Star team. Aaron did a tremendous job with his pitching, very proud of him! I also enjoyed taking hundreds of pictures of the kids throughout their All Star journey. My sister Gail came home to PA (from CA) for a visit in July, and she got to see Aaron play ball, so it was good timing for her visit.

A couple more agility trials are on the calendar before the big event in October, the USDAA Nationals in Louisville, KY. I’m looking forward to running Dandy there, though it saddens me that I won’t be running Token, too. Not a day goes by when I don’t miss him. And every agility event is a reminder to me that he is gone. Dandy & Tempo are my salvation, they are the best dogs ever. But there is still a huge hole in my heart for Token. The healing process is slow going but Dandy & Tempo will get me through it. 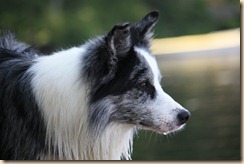 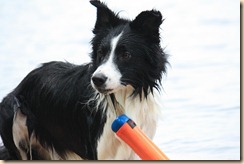