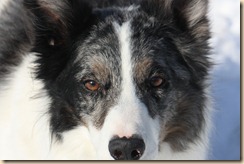 Friday, January 14th, 2011…my heart was broken. My sweet Token passed away suddenly and unexpectedly.

When I arrived home from work, just before 5pm on Friday, Token welcomed me home as always…I invited him up into my arms for a hug and a kiss, and he gave me his usual sweet greeting. Minutes later, as I was getting prepared to give the dogs their supper, Token was standing still in the kitchen, as if in a daze. I spoke his name but he didn’t look up. He wandered into the bedroom where he laid down and lost continence. He then walked to the living room, laid down with a thud, and I grabbed the phone to call my veterinarian. It was just past 5pm, and I was referred to a 24 hour hospital. I called there to get directions, it was a 45 minute drive. By then Token’s breathing became labored and  his gums were white. He could not get up at all, he was totally limp; I clumsily picked him up and placed him in the front seat of my car, where he could be close to me. The drive to the hospital in Newton was excruciating…Friday night traffic, no passing zones, red lights… I stroked Token’s head and spoke to him as I drove…at some point, he seemed to no longer be moving. By the time I arrived at the hospital at 6pm, he was gone. I was certain it was a really bad dream, it just could NOT be real. But it was.

I requested a necropsy and what they found was a mass on his spleen that had ruptured and was bleeding internally. It all happened so fast, it was surreal. My only comfort is that he did not suffer…he went very quickly…and he did not appear to be in pain…he seemed to just go to sleep. But I am devastated and sad and numb, and I miss him terribly.

Token was a very special dog. He was sweet and loving, every person he ever met was his friend, including kids; he was bomb-proof, nothing ever seemed to worry him. He was athletic and talented, though I struggled with learning the proper way to handle him in Agility. He taught me so much as he needed very precise information from me, and if I didn’t give it to him, he would ask me to please be more specific! He was a natural at Flyball and he introduced me to a whole new sport that we had fun with in between agility trials.

He was always fun to run in both Agility and Flyball, he had a presence about him that could not be denied. But there was something special about him that had nothing to do with his performance…it had everything to do with his spirit and his heart. The best things that were ever said about Token came from spectators who knew little about the sport they were watching. Token seemed to get their attention just with his aura.  Years ago, a woman who ran a therapy dog program saw him in the waiting room of a veterinary office and she kept looking at him; she finally came up to me and told me that I had to do therapy work with him as he was “special”. Once at a flyball tournament in New Hampshire, a spectator told me he was “the coolest” thing she had seen all day. I replied that there were MANY Border Collies there that were really good, but she saw something unique in Token’s expression. I will never forget running him at an Agility Trial in Saratoga Springs…we didn’t run clean but that didn’t matter…a woman who had been watching came up to me and said “He is really special, isn’t he? I can just tell.” It wasn’t that he was “the best” or “the fastest”. It was something else altogether…and those of us who saw that in Token are all the better for it.

Token would often press his muzzle against my face. It was just one of the ways that he touched me both physically and emotionally. And that is what I’m remembering today. Not all the titles and ribbons that he won, nor the titles and ribbons we never did get…but the heart and soul of a very special dog that I was blessed to have in my life.

It hurts so much, he was taken way too soon. But I am blessed again to have two of Token’s sons. Dandy & Tempo are not carbon copies of Token, there was only ONE Token. But there are pieces of Token to be found in both of them, and they are my pride and joy, my heart and soul.

Thank you, Lynn, for bringing Token to my life. Thank you, Terri, for seeing Token’s aura, and thus bringing Dandy & Tempo into my life through Meg. Thank you, Cindy, for also carrying on Token’s legacy through Cass and Blur.

Dear Token, I adored you from the first moment I saw you and I will adore you forever. 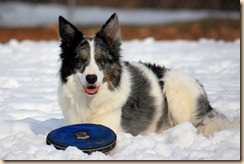 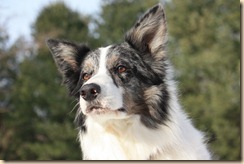 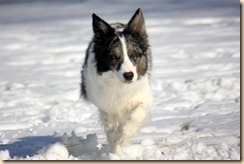 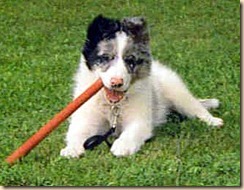 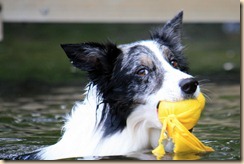 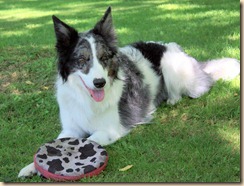