The Time of My Life!

The 2012 IFCS World Agility Championship was held May 11-13 in Fort Worth, Texas, hosted by the United States Dog Agility Association. This elite international competition takes place every two years, since 2002, and has been held in Russia, Spain, The Netherlands, Belgium and the UK. This year was the first time it has been held in the USA. Each country who participates may send a team of up to 12 dogs/handlers, with a maximum of 3 in each of the four height divisions (Toy, Mini, Midi & Maxi). Teams from Australia and New Zealand are eligible to compete in this event but the quarantine regulations in their countries make in impractical for their dogs to travel outside of their home countries. In the spirit of sportsmanship, the IFCS allows teams from these two countries to compete by  borrowing dogs from the host country.
In February 2012, USDAA put out a call to the US agility community, asking for “Loaner Dogs” to be volunteered. Now, I have never had “World Team” aspirations, the selection process alone is high-pressure and I am not of that caliber as a handler. However, I have always thought that Dandy possibly had “world team” potential. So I offered Dandy as a possible Loaner Dog for the 26” height class (Maxi), and he was put on a list of candidates that was sent to the Australian Team Manager. Also being offered were dogs belonging to two fellow competitors from the northeast, Jeannie Bonsignore & Melanie Behrens. We hoped that all 3 of our dogs might be chosen so we could make the big road trip to Texas together. We were asked to submit videos of our dogs in competition, and to complete a questionnaire regarding our dogs’ training, temperament, experience, if they enjoyed running with other handlers, and so on. At the end of March, all three of us were notified that our dogs were selected for Team Australia! The planning for the road trip began! Two weeks off from work, first time travelling in an RV, never been west of the Mississippi…and that’s just the beginning of the adventure… 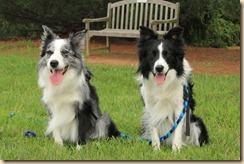 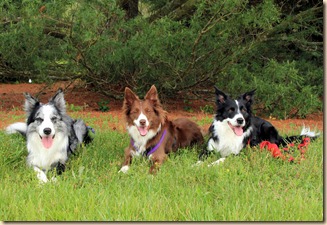 Dandy, Elf & Zeke for Team Australia
And it can never be said too much…Dandy amazed me way beyond my expectations. I am truly blessed to have him as well as Tempo in my life. Thank you, Token & Meg, for these precious gifts. And Token, I know you were in Texas with us, you are always with me.
All of Dandy’s runs are uploaded to my youtube channel, here is the link to the playlist of all nine WAC classes:
Playlist for WAC videos of Dandy & Natalie Kirkwood
But to sum it all up, Nat and I both made compilation videos…I will never get tired of watching them.
Natalie’s video of her WAC journey with Dandy
My video of Dandy’s WAC Experience
Tempo's WAC Adventure
Photo of Natalie Kirkwood & Dandy by Heather Gahres 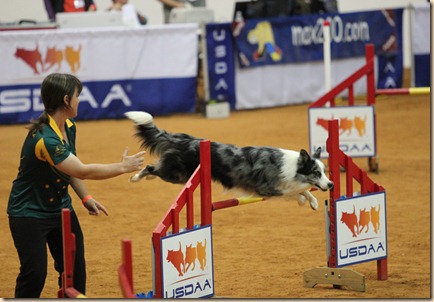 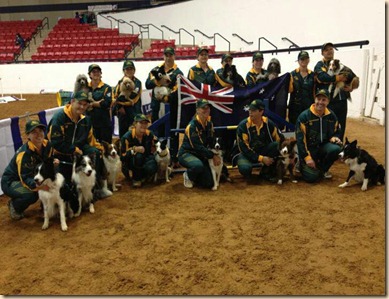 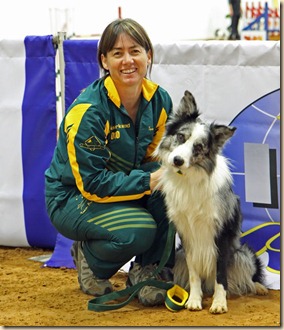 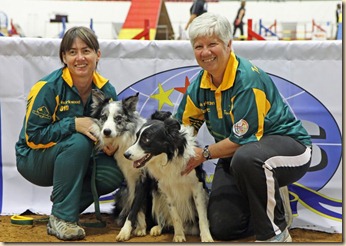